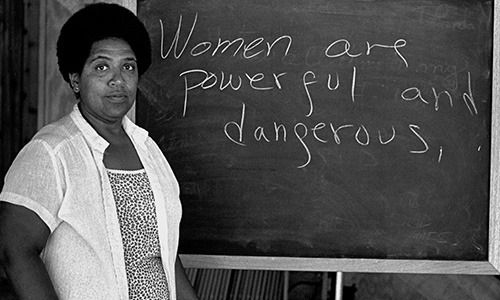 The Audre Lorde Minority Lounge is located on the first floor of Newberry Hall at the end of the hallway.

In 2008 the multicultural lounge in Newberry Residence Hall was named in honor of Audre Lorde. Lorde was a queer poet, teacher, librarian, and feminist who gained widespread respect through her struggle against oppression based on race, sexual orientation, and gender. Born in 1934 to Caribbean immigrants in New York City, Lorde was in high school when she published her first poem in Seventeen magazine. She graduated from Hunter College with her BA and from Columbia University with a Master’s degree.

Lorde founded multiple organizations that sought to advance LGBTQ and women’s rights. For example, in 1979, she was a prominent speaker at the first National March for Gay and Lesbian Liberation. In addition, she helped establish the Sisterhood in Support of Sisters in South Africa to support black women who were affected by injustice, particularly apartheid. Lorde was also a founding member of the Women’s Coalition of St. Croix, which assists women who have survived sexual abuse and intimate partner violence. Lorde developed the theory of intersectionality, which acknowledges that people have multiple social identities and cautions against viewing people through a single-issue lens.

The strength Lorde demonstrated has been an inspiration to women globally. She was selected as the namesake of this lounge to create a space that promotes the lives of all women. 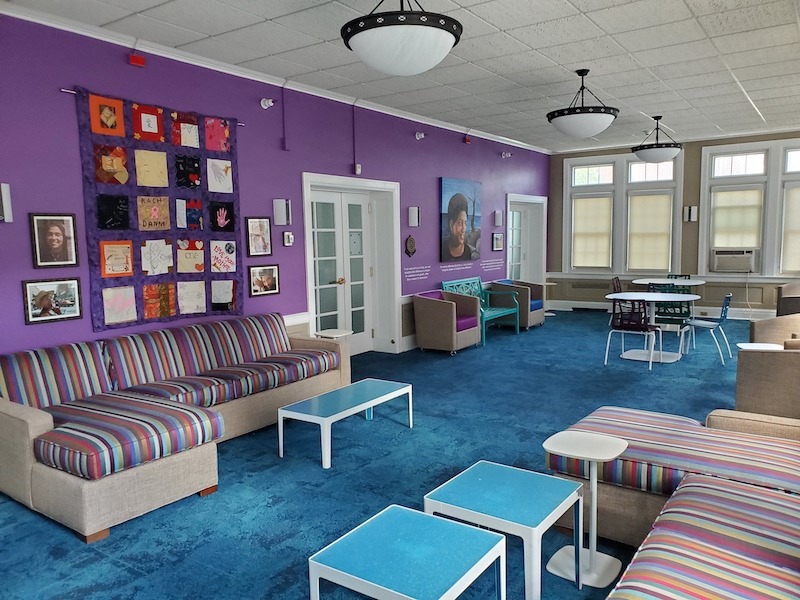 Civic Engagement Work Audre Lorde is well known for making significant contributions to feminist criticism. She highlighted the fact that feminism, at the time, was focusing on the white, heterosexual experience exclusively. As a result, it othered lesbians and women of color. She argued that in order to be truly effective, feminism had to focus on and value the experiences of all women, not just one type of woman. This argument was also depicted in her book Sister Outsider (1984), and influenced the development
of feminist theory and intersectional feminism.

Throughout the late 70’s and early 80’s, Lorde was an active member and founded many community based organizations focused on the advancement of women’s rights. In 1977 she worked as an associate of the Women’s Institute for Freedom of the Press and focused on increasing the public’s access to women-based media. She later founded the Women’s Coalition of St. Croix which dedicated resources to supporting survivors of sexual abuse and intimate partner violence. She also established the Sisterhood in Support of Sisters in South Africa to benefit black women affected by apartheid.

Lorde started a visiting professorship at the Free University of Berlin in 1984. For three months she taught a poetry workshop and galvanized the Afro-German movement. She saw language as a powerful form of resistance; through mentorship she helped women foster the tools to give language to the Black German experience. 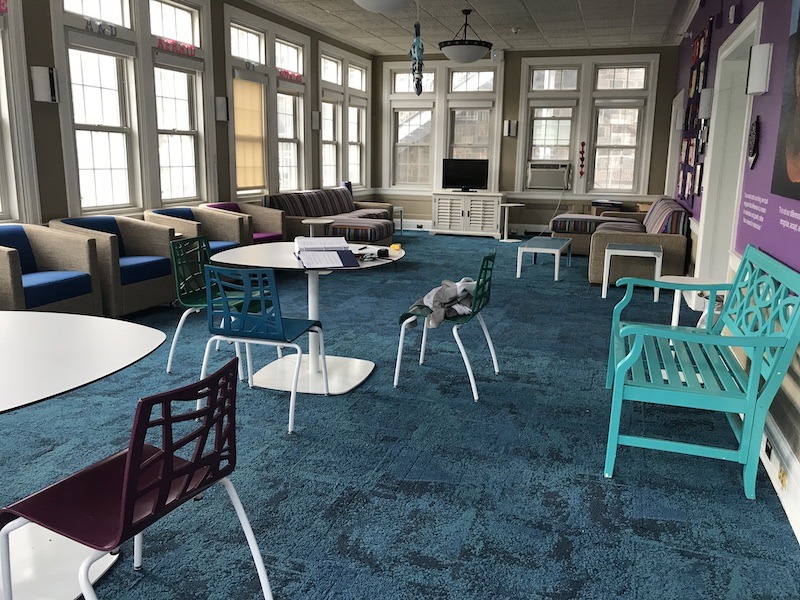